For as long as I can remember I have loved to read, so much so that my childhood basically revolved around trips to the library and my local bookstore.

Once I had reached to University, reading for fun was non-existent. Long gone were the days where I would curl up next to the heater with a hot chocolate in one hand, and my favourite novel in the other. Instead, this was replaced by a structured reading list featuring massive hardbacks about epistemology, Corporate governance and operations & quality management.

However, with my graduation ceremony taking place last year, marking the end of my University journey, I no longer had any excuses. I am only on book 3/10 for the year. Although I have a long way to go I am pleased with my progress so far. I have even started a Bookstagram (an Instagram for books). Sounds weird I know but it’s actually pretty cool. 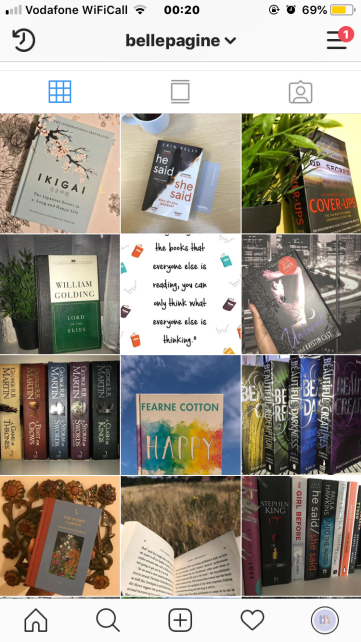 The memory illusion by Dr Julia Shaw showcases various facts and examples on why we cannot trust our memories, and how we are tricked into believing events have taken place, when in fact no such thing has occurred. Most of the memories we have are not even ours. They are simply conjured up and based upon the memories of others, evidently going on to create somewhat of a pseudo-timeline.

This book started off quite slow and took a lot of effort for me to keep on reading, hence the reason why it took me around three weeks to finish it. However one example really caught my attention, this was to do with false confessions or what some like to call coerced confessions.

Dr Shaw touches on the judicial system, and how interrogations when conducted in a particular fashion, can manipulate the innocent into believing they are guilty; eventually going so far as describing how they carried out the supposed crime. This is what many believed happened to Brendan Dassey from Netflix’s true-crime documentary: Making a murderer. Brendan’s age and lack of education were two of the apparent reasons that made him susceptible to this type of memory illusion. Research has shown that those aged eighteen and under are four times more likely than adults, to confess to a crime they didn’t commit.

Another thing I have learnt is that multitasking doesn’t exist…Yup, you heard me right there is NO such thing as multitasking. Our brains just do not have the capacity to focus on more than one thing at any one time. Instead, we do a thing called task switching. This means that instead of completing two or more things simultaneously, our brain switches off completely from that task the moment we introduce another.

Although reading this seemed like a chore at times, I did enjoy some chapters of this book and managed to learn a little about myself in the process. If you would like to learn more about memories and their illusions then you can purchase the book here.

Just a regular 24 year old trying to find my place in the word. Currently suffering from a severe case of wanderlust which my budget doesn't accommodate for. View all posts by adinahaughton

2 thoughts on “The Memory Illusion”

This site uses Akismet to reduce spam. Learn how your comment data is processed.